From U.S. soldier to deported and stateless 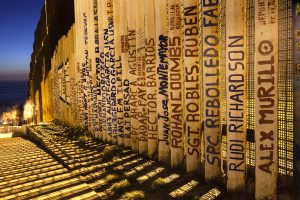 They are members of the U.S. Army, the Marines, the Coast Guard and other U.S. services, many have fought in the Middle East, Germany, Kosovo and Vietnam and believe that this will not only earn them U.S. citizenship but also a better quality of life and a pension. But one simple omission brings reality crashing down on them, because they are undocumented Mexicans and this gets them deported.

Many of these U.S. veterans live near Mexico’s northern border, looking for a way to survive and even get back into the United States. Consular authorities believe there are about 2,500 Mexican veterans of U.S. wars living at the border, living in poverty, sick and suffering post-traumatic stress syndrome.

This is what the hours after being deported look like