Discrimination and disease in La Montaña 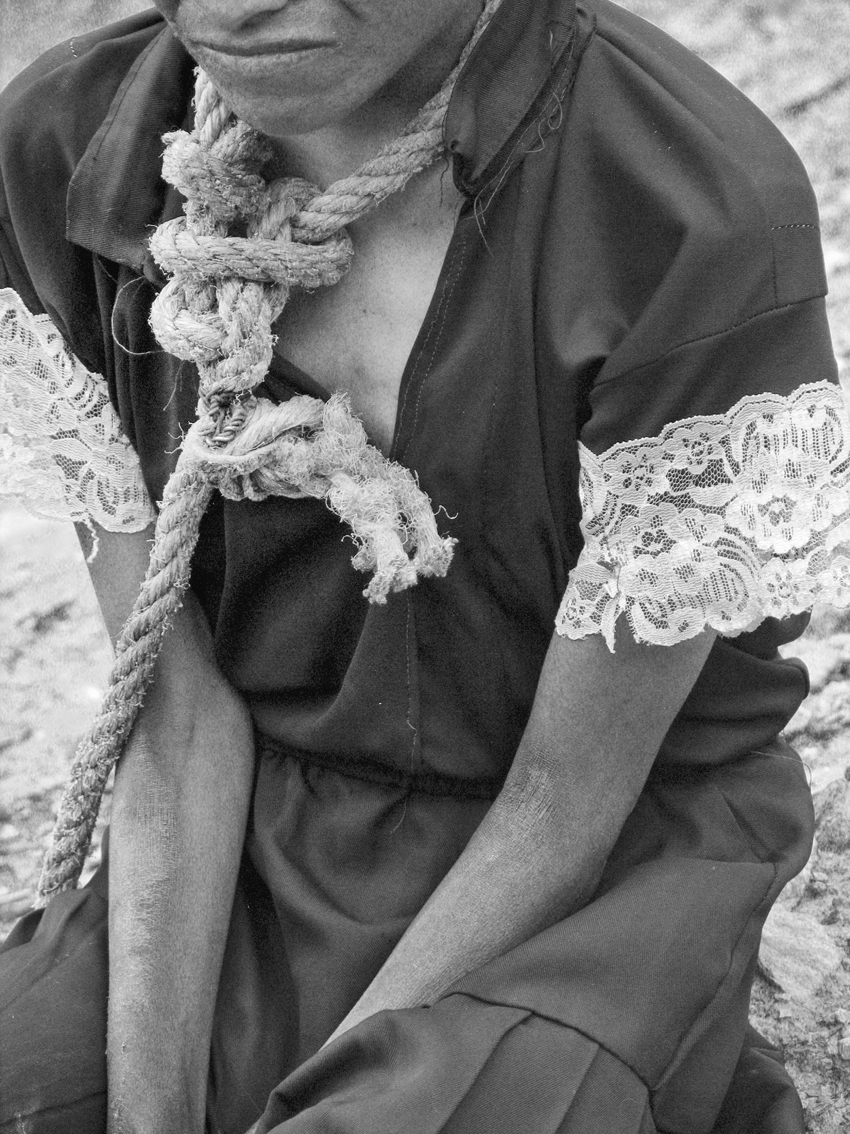 Maurilia was not strong enough to walk and spoke a disjointed speech between spanish and tu’un savi (mixtec indigenous language) while she was biting her fingers. She seemed to have lost the notion about time and space. She was born in november 12th, 1982, with the help of a midwife and studied until middle school, leaving studies to help her mother and her brother with the farm work.

In 2002, at 19 years old, she started suffering strong headaches and coughing up of blood. She later started to hallucinate and stopped eating. In 2003, her health had deteriorated. She was not attended by a medic, because there are no services avaible in her community. But her mother tried everything she could, even sold a plot of land to raise some money to for medicine. Her brother, migrant day laborer, spents almost all his time working in the north of the country and earns only enough for the everyday life.

Costilla del Cerro is located between the mountain range in the southern state of Guerrero. The region, known as “La Montaña” holds some of the poorest municipalities in all Mexico and, according to the Human Development Index issued by the United Nations in 2009, the human living conditions are comparable as the same in Subsaharian Africa nations. People there live by the harvest of beans, corn, chile and quelites and ofter emigrate to work in the fertile fields in the north of the country or to the United States, due to the ground infertility. Some people subsist on the harvest of poppy.

On August 2008, a team of human right defenders of the Tlachinollan HR Center entered in the community to validate and document the case. At least 3 years before, not being helped anywhere, her family, in desperation, tied a rope around his neck, when Maurilia became uncontrollably aggresive. On day she stayed walking around a tree or seated in the floor. On night, of when raining, she covered under a ‘tapanco’ (loft) made with wooden sticks. Her mental problems grew up.

For being attended in the public medic service, people has to spend money.

After giving an inform of the situation to the medical authority from the Montaña region, an ambulance entered the community and transported her into a hospital in Tlapa. The children went out running from the school. They seemed never have seen an ambulance.

Maurilia´s story fullfills the discrimination in Mexico. Because of being woman, indigenous, poor and with mental problems. Due to the difficult context of violence in the region, it is still unknown if Maurilia is still alive.